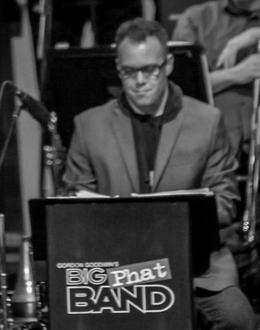 Kevin Garren is Grammy Award-winning musician, specializing in all saxophones, flutes, and clarinets. Originally from Simi Valley, California, Kevin now resides in Los Angeles, where he has quickly emerged as one of the most in-demand woodwind players of his generation. His professional career has spanned nearly 20 years, including performances all over the world, as well as lending his talents to countless records, films, and television projects. He has worked with such notables as Bob Dylan, Michael Buble, Lauryn Hill, Jennifer Lopez, Michael Brecker, SuperSax, Arturo Sandoval, and in the big bands of Gordon Goodwin, Bill Holman, Pete Christlieb, Chris Walden and Don Menza. As a member of Gordon Goodwin's Big Phat Band, Kevin played on the 2014 Grammy Award-winning recording "Life In The Bubble", which took the award for Best Large Jazz Ensemble Album. Kevin was also a featured soloist on that award winning album, playing the alto solo on the track "Why We Can't Have Nice Things". He has made television appearances in the bands of "Dancing With The Stars" and "The X-Factor", as well as an appearance playing on ABC's "Private Practice".

In addition to his busy performing schedule, Kevin is in high demand as a clinician and educator. He has given Master Classes at top educational institutions around the world, and teaches private lessons online and in the greater Los Angeles area.

When he is not performing or teaching, Kevin works as a key member of the Product Development team at D'Addario Woodwinds, formerly known as Rico Reeds. In his role at D'Addario, Kevin is responsible for managing new reed and mouthpiece development projects, as well as supporting and advising the production, quality control, marketing and artist relations teams.

Kevin is a member in good standing with the Professional Musician's Union of Hollywood, American Federation of Musicians, Local 47.